One question I get asked a lot is, what are the costs of using a rice cooker and what’s their electicity consumption like? These days, we are all getting more budget-conscious as well as environmentally aware so this is an important question to ask because, believe it or not, they consume more energy than microwaves and stovetops. So, how much does it cost you to use your rice cooker?

The invention of the electric rice cooker is a lifesaver for those who cook rice often, as it allows you to measure, fill, press on, and walk away.

As we know, a rice cooker operates by heating up water until it boils, then converting the energy into steam. The top of your rice cooker is a tightly sealed container that traps this hot vapor to cook the rice evenly and perfectly every time. Because heat rises, you will always want the bottom of your pot to be filled with more water than at the top.

How Does a Rice Cooker Compare to Other Electrical Appliances?

Despite the fact it consumes more energy, your rice cooker is actually more efficient than other appliances like a microwave or stovetop because it cooks your food evenly and doesn’t waste any heat. Many people have noticed that their electric bill has gone up after they started using a rice cooker regularly, but one must remember to take into account the amount of money saved by not having to purchase prepackaged food or go out to eat. 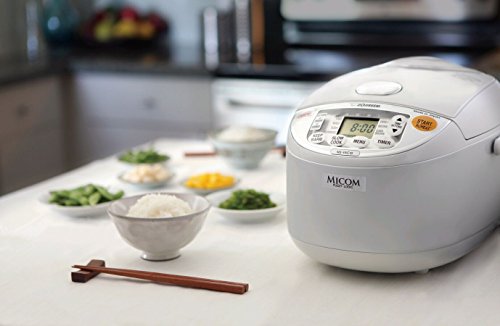 The invention of the electric rice cooker is a lifesaver for those who cook rice often, as it allows you to measure, fill, press on and walk away so, in this respect it also saves you a bunch of time – and as we all know, time is more valuable than money.

So, on balance, I would say that a rice cooker compares very favorably with other methods of cooking rice.

How Much Does it Cost per Use?

A typical rice cooker has an energy rating of between 600-1200 watts. This is the amount of energy it needs to operate properly. Since the average cost per kilowatt-hour in America is 12 cents; it means that your electric bill will increase by $0.88 for every time you use your appliance – at least if you cook white rice whereas it will increase by $0.36 if you cook brown rice, and so on. Basically, the actual amount of money you will spend depends largely on how often you use your appliance and what type of rice you are cooking; however, as a rule, using an electric cooker costs anywhere from 50 cents to over a dollar for every time that the device is turned on.

There are several factors that determine how much energy a rice cooker will use. The number of cups or the amount of water you put in your appliance is an important indicator: a cup is about 180 ml and requires 150-200 watts before it will automatically switch on; if you fill it with 80 ounces (about four liters), its consumption will be about 600 watts. It is clear that the larger your pot, the more energy it will require to cook rice; however, you can also adjust this by changing to a lower wattage on your appliance – most of these devices have an adjustable option with settings for white and brown rice.

Can I Calculate the Cost More Accurately?

The example above was just a guideline but, with a little math, you can also calculate how much it costs to use your appliance.

Then divide that number by 1000 (watts per kilowatt-hour) and multiply this by how many cups you used (in our case, the result is 0.45 – it means that for every cup of rice we cooked in an hour, we spent 45 cents). This way, you can find out exactly how much your appliance will cost to use.

Considering the price range of rice cookers varies from a basic model which starts at about $25 and goes up to $300-400 you may be tempted to buy cheap and believe this is saving money. However, models such as the Zojirushi range of rice cookers (a personal favorite of mine) have advanced features such as fuzzy logic which not only give great results but also save considerable amounts of energy over their lifetime so, really, they often pay for themselves in saved energy costs.

Can I Leave my Rice on the Warm setting for Days on End?

A rice cooker is a convenient way to automatically cook your food with the press of one button, but you can easily ruin it by leaving it on for too long. I don’t actually like warm mode that , much because I find that leaving your appliance in “warm” mode will not consume enough energy to properly cook or reheat; instead, this setting will simply keep your cooked rice at a temperature likely to make it prone to spoilage. In my opinion, the optimal setting for rice is “off,” but if you plan on eating your meal later, the best choice would be a lower one – usually between 100 and 110 degrees Fahrenheit.

So, the answer to this question is, yes you can but no, I wouldn’t recommend doing so. Not only will it cost more money than setting the cooker off but it will yield poorer results.

How can I make Rice Cooker Energy Usage More Efficient?

The most efficient way of making sure that you are not wasting energy is by cooking the right amount of rice. Rice cookers are designed for specific amounts – you should never fill your pot with more than half of its capacity, and it’s always best to look at your appliance manual (if available) or ask a sales associate before buying one.

Rice Cooker Vs Stovetop: Which One Is Cheaper To Use?

In short, it depends on how much energy a rice cooker uses. If you use the stovetop instead of your electric appliance to cook white rice and keep its setting at 200 degrees Fahrenheit,  it will cost more than using an electric cooker – around $0.09 per one cup of cooked rice; however, if it is brown or wild rice, and you use an electric cooker to cook it on low heat for the same amount of time, your costs will be lower.

If we take into account that microwaves are usually cheaper than a stovetop or gas range (especially when you have a bigger family),  electric appliances such as rice cookers do not always win in the cost comparison.

The best option is to use both: cook rice in a pot on your stovetop and set a timer for an electric cooker so that it will automatically switch on once you are done with cooking; this way, you can save up time as well as money!

Does The Electricity Consumption Of A Rice Cooker Depend On The Amount Of Rice?

Yes, it does. If you use a rice cooker to cook brown or wild rice on high heat for an extended amount of time (30-45 minutes), its wattage will increase by 80 watts; if the same appliance is used to prepare white rice and keep it at 200 degrees Fahrenheit,  the power consumption will decrease by 20 watts.

How To Choose A Energy Efficient Rice Cooker?

Like most things, if you shop around and take note of the features then choosing the correct rice cooker for your needs can save you money, especially if you choose an energy-efficient product.

There are several factors that determine how efficient your appliance will be: the size of its pot and wattage (which should match the number of cups or liters).  When buying a new model, you should take into account these two features.

You can also adjust the power consumption of your appliance by turning it on a low setting or using a timer to automatically switch off once the rice is cooked. Rice cookers with automatic shut-off are very convenient and energy-efficient appliances that will help you save money in the long run!

Short answer – yes. Rice cookers are not only energy-efficient, but they are also a convenient way to cook rice, and they use less energy than stovetop methods. Add to this the fact that they cook rice evenly and consistently and that they can also be used to keep rice warm after it is cooked, making them ideal for large families or gatherings, and it’s not hard to see why they are so popular, especially with today’s rocketing energy prices.

How many watts does a rice cooker use?

Most rice cookers on the market today use between 500 and 1,500 watts of power. That means that they can cook a pot of rice in as little as 15 minutes. And since they maintain a consistent temperature, you don’t have to worry about the rice overcooking or burning. However, rice cookers are not just for making rice. They can also be used to steam vegetables, fish, and chicken. So if you’re looking for a versatile kitchen appliance, a rice cooker is a great option. Just be sure to check the wattage before you buy to make sure it will meet your needs.

The cost of running a rice cooker depends on the wattage it has, how much time you use it for and whether or not you’re using brown or white rice. For example, if you were to cook only one cup of white rice every day in your electric appliance (which is set at 200 degrees Fahrenheit), then that would be about $0.045 per usage. This means that over the course of one year, this will result in an annual cost of around $16.38 per year ($1.36 per month). However, if we take into account that cooking different kinds of rice have varying power consumption rates as well as other factors such as size and automatic shut-offs – then choosing which type is best can depend on what’s available to you. In the end, using an electric rice cooker will cost a bit more than cooking it on your stovetop or in the microwave – but not nearly as much as having someone else cook it for you! 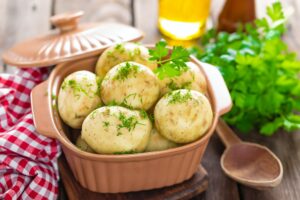