How To Cook Lentils In A Rice Cooker

Lentils are great. They are healthy, versatile, and cheap to buy but, and this is a big but, they aren’t that easy to cook. Too much water and too long a cook and they end up a mushy mess. Too little water, and too little time, and it’s like eating small bullets – not pleasant and it can end up in a large dental bill. So, just how do you cook lentils in a rice cooker?

It’s not surprising that most people who enjoy lentils find themselves standing over the stove watching them cook for what seems like an eternity.

However, you may be surprised to discover that the humble rice cooker can produce some of the best lentils you will ever taste. So, let’s look at the process and discover exactly how to cook this versatile dish.

My Top Rice Cookers For Lentils

Lentils are legumes, which means that they belong to the same family as peas and beans. The lentil is particularly nutritious because it contains high amounts of protein plus several essential minerals, such as iron and potassium. Lentils also provide a significant source of fiber in our diets – just ½ cup cooked provides about 16% of the recommended daily intake.

They are considered to be a superfood, and they can give you an energy boost because they contain both soluble and insoluble fiber – this is why many people recommend eating lentils on top of salads specifically for their high content of nutrients.

Ok, you have probably seen them in health-food stores and in lifestyle magazine recipes but do you know why, or even if, lentils really are as healthy as the experts say? Well, given that they are high in protein and fiber and low in fat, it’s not hard to see the benefits. They are also rich in iron, zinc, and potassium and are a great source of vitamin B.

One of the biggest health benefits to be derived from lentils is to use them as a replacement for animal proteins and move to a more plant-based diet. By using them to reduce your fat intake and raise your fiber intake, the health benefits will be immediate and significant. In fact, according to the journal of American medicine, substituting animal for plant protein is associated with a lower risk of early death – and that’s something that everyone should be interested in.

They are also an extremely versatile cooking ingredient because they hold flavor really well and, when cooked properly, they can be molded into patties or used as the basis for soups. You can also use them as a taco filling, add them to salads, and mix them into stews, so really, when it comes to their versatility, they simply can’t be beaten.

So, they are healthy, they are cheap, and they are versatile. But how do you actually cook them? Well, let’s take a look and, in particular, I want to prove to you that cooking lentils can really be quite easy, especially if you use your rice cooker. But, before we dig into the process, it’s probably worth taking a quick look at the different kinds of lentils you can buy.

You might think that there is only one variety of the humble lentil – but you would be wrong. There are actually several types of lentils and they all have different cooking properties. Let’s take a look at the main kinds of lentils available from most health food stores.

In addition to these five types of lentils, there is also an orange version that has been known by several names such as Egyptian lentils, Egyptian beans or simply orange lentils. The main difference between red and yellow split peas is how they’re processed when dry – the result of how each type looks when cooked will vary too but not so much in terms of taste.

So, as you can see there are several types of lentils available and this is important because, as you see, they all have slightly different properties. So, it’s important to adjust your cooking time and choose the right type depending on the consistency that you require.

So, that brings us to the most important part of this article- what’s the process for actually cooking lentils, and can you cook lentils in a rice cooker?

How To Cook Lentils In A Rice Cooker 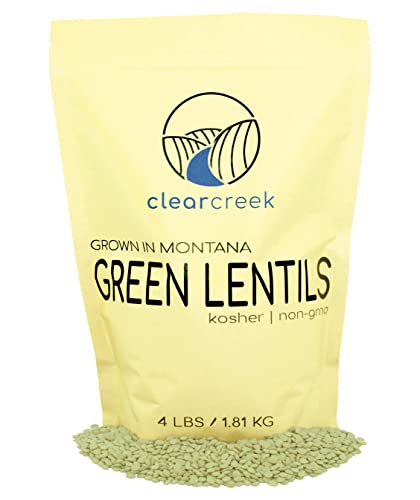 The secret is in the mix of water and lentils – I prefer to use 2 cups of water to every 1 cup of lentils – and remember, you don’t need to soak them but, if you choose to, you should use slightly less water in the cook as obviously, the lentils will already contain quite a lot of moisture.

READ
Can You Use A Rice Cooker As A Slow Cooker?
Powered by Inline Related Posts

Are lentils bad for you?

Although lentils are, generally speaking, considered to be a very healthy food some people worry that lentils may be bad for you.

While the following should not be taken as medical advice, it’s important to note that lentils shouldn’t lead to any negative effects for most people unless they are consumed in excess – just like with many other types of food.

Lentil recipes can vary greatly depending on how you decide to cook them but they are generally very healthy and nutritious!

Should You Add Any Extra Ingredients?

Personally, I like to add a few herbs and spices while they cook and fresh garlic or some thyme makes a great addition to what can, otherwise, be a bit of a bland dish.

Top Tip: One thing you should never do when cooking lentils is to add acidic products. So, avoid ingredients like tomatoes or lemon juice as these actually cause the lentil skins to go tough and they take longer to cook. Of course, if your rice cooker is on a timer this will ruin the end product so if anything adds these in at the end after the cook is complete.

Cooking lentils actually couldn’t be simpler. I avoid any complicated programming and just aim to cook them for around 40 minutes. Just make sure the lentils and water are well mixed after adding them to the pot and you will get great results.

How much water do I need to cook lentils in a rice cooker?

How long do lentils take to cook in rice cooker?

Cooking lentils in a rice cooker is a simple and convenient way to prepare them. The cook time will vary depending on the type of lentils used, but typically, it will take between 30 and 45 minutes. To cook lentils in a rice cooker, start by rinsing them in a colander. Then, add the rinsed lentils to the pot of the rice cooker along with water or broth. The ratio of liquid to lentils should be 2:1.Next, close the lid of the rice cooker and turn it on. Most rice cookers have a default cooking time of 30 minutes, but you may need to adjust this depending on the type of lentils you are using. Once the timer goes off, open the lid and check to see if the lentils are tender. If they are not, close the lid and let them continue cooking for a few more minutes. Once they are cooked through, fluff them with a fork and season to taste. Serve as is or add them to your favorite recipe.

How do you cook split red lentils in a rice cooker?

To cook split red lentils in a rice cooker, start by rinsing the lentils and then adding them to the cooker. Next, add 2 cups of water for every 1 cup of lentils. If you want to add flavor, you can also add a bouillon cube or some spices. Once everything is in the cooker, set it to the “rice” setting and let it cook until the Lentils are tender and the water is absorbed. This should take about 30 minutes. Once the Lentils are done, fluff them with a fork and serve. Enjoy!

What can I add to lentils for flavor?

For extra flavor, you can add a bay leaf or other aromatics to the water. Simply bring the lentils to a boil, reduce the heat, and simmer until they are tender. Once cooked, remove the lid and let the lentils cool slightly before serving. This simple technique will ensure that your lentils are perfectly cooked and full of flavor.

What is the healthiest way to cook lentils?

Should you drain lentils?

While some people might drain lentils after cooking them, it is not necessary and can actually lead to a loss of flavor and nutrients. When cooking lentils in a rice cooker, the goal is to cook them until they are tender but not mushy. If you drain the water before they are fully cooked, they will continue to cook in the hot pan and may become overcooked. Additionally, draining lentils can cause them to lose essential vitamins and minerals. So, unless your recipe specifically calls for it, there is no need to drain lentils after cooking them.

Can you overcook lentils?

Why are my lentils not softening?

Lentils should be cooked until they are soft, but not mushy. Depending on the type of lentil, this can take anywhere from 20 to 30 minutes. Another common error is not adding enough water. Lentils absorb a lot of water, so make sure to add at least two cups of water for every cup of lentils. Finally, make sure to stir the lentils occasionally while they are cooking. This will help prevent them from sticking to the bottom of the pot and becoming overcooked. By following these simple tips, you can ensure that your lentils turn out perfectly every time.

So, there you have it. It turns out you can cook lentils in a rice cooker and, not only that but it’s really easy and using your rice cooker is a real time-saver. How to Cook Boiled Eggs in a Rice Cooker

Are you, like me, a mom who loves boiled eggs, but doesn’t have the time to stand over a pot of boiling water? If so, Can You Steam Potatoes in a Rice Cooker?

Do you ever find yourself in a dinner rut, where you’re making the same few recipes over and over again? I know I do. One How to Fix Overcooked Rice

As a chef, I understand the frustration that comes with overcooked rice. Whether you’re using a pressure cooker or traditional stovetop methods, it can be