How to Cook Barley in a Rice Cooker Perfectly Every Time

Barley is a tasty, healthy grain that has been traditionally used in soups and stews. However, it can also be cooked in a rice cooker to make an excellent side dish for any meal. Barley cooks much faster than other grains because of how small the individual barley kernels are. This article will show you how to cook barley in a rice cooker, and get perfect results every time!

But, before we consider the best way to cook barley – which is, of course, in a rice cooker, let’s look at some other ways you can cook this tasty, nutritious food. 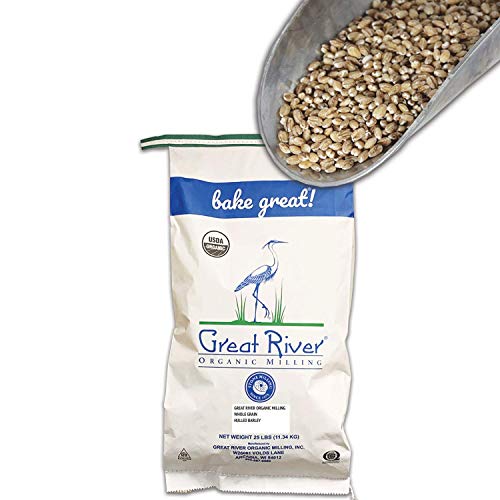 Barley can be cooked in several different ways to achieve tasty results. You can cook it on the stovetop, or you can use your rice cooker’s steam function (sorry, I couldn’t help myself – rice cookers are just so good for this task) for perfectly steamed barley every time! You can also use an instant pot, as we shall see. The difference between how each method performs is how much water and how long the cooking process takes.

This is the most common way to cook barley. It takes around 30-45 minutes depending on how long you soak the grains before cooking, and how finely ground your barley is. Bring two cups of water or broth per cup of grain to boil on high heat. Once boiling, stir in one cup of dried barley kernels slowly so as not to create any foam. Cook for 30 minutes or until all the water is absorbed and the barley kernels are tender, stirring occasionally to prevent burning.

Using your rice cooker’s steam function takes about half an hour instead of 45-60 like stovetop cooking does; however it requires much less liquid – just one cup per cup of dried barley kernels. This method is more suitable for flavorless, slightly sweet barley side dishes such as breakfast cereal or cake filler. If you want to cook the chewy kind of barley that tastes great in soup and stew recipes, follow the stovetop cooking instructions above instead!

READ
Can You Use A Rice Cooker As A Slow Cooker?
Powered by Inline Related Posts

Barley can also be cooked in an Instant Pot. It takes the same amount of time as cooking barley on your stovetop, and requires twice as much water to cook properly. The only difference is how long you soak it before adding it into the pot – one hour for instant pot barley vs 30 minutes when using a rice cooker’s steaming function or the stovetop method.

How To Cook Barley Using Your Rice Cooker

Soaking barley for 30 minutes before cooking is a great way to control how chewy the kernels are. If you have time, soaking it overnight will give you even softer results. Once soaking is finished and your broth or water has come to a boil, add in one cup of dried barley kernels slowly.

Your rice cooker will automatically switch to the warm setting when the barley is finished cooking, so you don’t need to worry about overcooking and burning it! Once all your broth or water has been completely absorbed by the kernels, your tasty side dish is ready. Serve hot with butter for a fat free yet delicious meal that will fill you up and keep you satisfied.

What’s the difference between pearl, hulled and hull-less barley?

There are many different kinds of barley available in the world! Pearl, hulled and hull-less barley all have slightly different characteristics that make each of them unique. For example: how a kernel looks on the outside has everything to do with how it cooks up on the inside. I will now discuss each type’s differences so you can make an informed decision when shopping for barley.

Pearl barley is available as regular, quick, or instant varieties and how quickly it cooks depends on how finely ground the kernels are! Make sure it has been soaked and steamed until the bran layer around each kernel is tender enough to be rubbed off with your fingers like you would a grain of rice. This makes it easier to digest, but how chewy or flavorful pearl barley will taste depends on how long it’s been processed from how long it’s been grown.

This is a tasty yet more time-consuming alternative to pearl barley that’s just as easy to prepare in your rice cooker. This type of grain has had most of the tough outer bran layer rubbed off like how pearl barley is prepared, but it can’t be removed by rubbing your fingers on each kernel. To remove the rest of this outer skin it’s soaked in water until softened enough to rub or peel away with a sharp knife – then ground into flour and ready for cooking!

This is is how barley was eaten by humans for thousands of years before the agricultural revolution. It has no outer bran layer at all, so it’s very high in fiber and protein – full of nutrients that are great to include in your diet! Hull-less barley takes much longer than pearl or hulled varieties to cook up because there is nothing to soften its tough, chewy texture. This grain is soaked overnight before cooking to give it an extra soft mouthfeel that’s similar to how farro cooks up – just chew twice as much!

Barley is naturally gluten-free, but how much of its total protein content will be absorbed into your body as a result of how processed it becomes? For example: how fine or coarsely ground barley kernels are changes how easily they absorb water and soften up when cooking – this has a lot to do with whether you’ll digest each kernel.

To make how much gluten barley contains easier to understand, here’s how it works: the more finely ground kernels are – even if they’re hulled or pearl instead of hull-less – the harder each kernel is to digest. This means how easily your body absorbs its nutrients will depend on how long you soak and cook it in liquid before eating it.

Does barley make you gassy or bloated?

The short answer is, that it can. But, cooking it in plenty of water that’s been boiled before soaking will help your body digest each kernel more easily. Most people who are sensitive to how much flatulence their bodies create when eating this grain find they can eat pearl barley without experiencing any problems!

The amount of air that gets trapped inside barley kernels can also be reduced by grinding or pounding them into flour before cooking! Since hull-less grains are how the ancient Egyptians used to eat, they’ve been soaked in water for hours before being sprouted and cooked.

How much does barley expand when cooked?

Pearl barley will expand to more than three times its size when cooked. Hull-less and hulled varieties of this grain also grow quite a lot once they’re soaked in water until soft enough to pierce with your fingernail – very similar to how farro cooks up! If you prefer how chewy how hard, or crunchy your grains are, cooking barley over the stove in plenty of boiling water is a great way to do this.

READ
What is a Rice Cooker?
Powered by Inline Related Posts

Should I cook barley before adding to soups or stews?

Yes, how much easier it is to cook barley in a rice cooker instead of the stove will depend on how you plan to use or serve it. If cooking this grain for a soup recipe, add how many cups of boiling hot water the broth calls for and allow about an hour extra soaking time so each kernel can soften how much it swells up.

How many cups of water to use when cooking and how long to soak your barley will depend on how you plan to serve or eat it too: if using this grain for a salad, dip your fingers into the boiling water and rub them against each kernel before draining and adding how much cold water is recommended in your recipe.

Barley is versatile and tasty. Personally, I like to add it to soups or stews for more flavor and nutrients or, I also use it as a side dish with vegetables or meat on top for extra protein.

How to Cook Pearled Barley in a Rice Cooker

Is Barley Better than Rice?

Have you ever cooked barley in a rice cooker? It’s a surprisingly easy process that results in a delicious, fluffy side dish. I’ve included instructions in this post on how to cook this hearty grain in your trusty rice cooker. If you have any recipes or tales involving cooking barley in your rice cooker, be sure to share them with us in the comments section. Enjoy! As a chef, I understand the frustration that comes with...