How to Cook Grits in a Rice Cooker

Rice cookers are perfect for cooking food both quickly and easily. They also have the added benefit of being able to cook many types of foods, including rice! If you’re looking for a new take on an old favorite, try using your rice cooker to make grits. In this post, I will take a quick look at what grits are (after all, not everyone comes from the South!), how to cook them to perfection in a rice cooker and I even share one of my favorite recipes – with a twist. Let’s take a look at how to cook grits in a rice cooker!

Grits are a Southern staple food that is often eaten for breakfast or dinner. They’re made from ground maize (corn) that is ground into very small pieces and cooked in water until they form a thick porridge-like consistency. The two different types of grits are quick-cooking which takes about five minutes to make, whereas the other type called slow cooking grits takes about 25 minutes to make.

You can eat them as they are or top them with butter and salt as most people do in the South. Yummy!

How to Cook Grits in a Rice Cooker 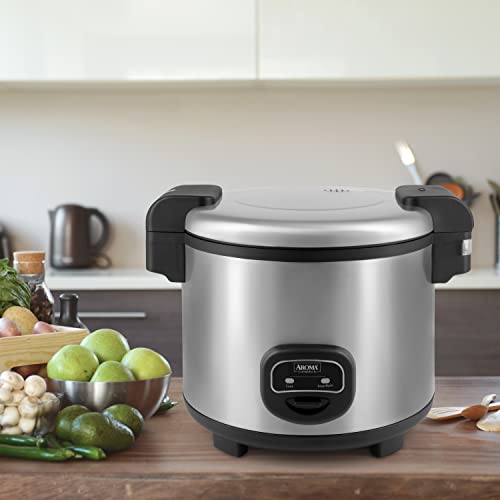 There are two methods you can use for cooking grits – stovetop and rice cooker. If your recipe calls for constant stirring, the traditional method of cooking on the stove-top is best. However, if you want to set it and forget it, then the rice cooker method is perfect.

To cook grits in a rice cooker: add one cup of grits (quick or slow) and two cups of water/by volume into your rice cooker pot. By volume means you use measuring cups, not liquid measurers.

Turn on the “porridge” setting or your equivalent. Your grits are ready when it has reached a thick porridge-like consistency and all the liquid is absorbed into the cornmeal. It doesn’t take long – usually about 20 minutes, depending on how hot your cooker gets.

One of My Favorite Recipes with a Twist!

Who doesn’t love crispy bacon on top of their grits? If you want to take your homemade breakfast up another notch, cook the bacon in the rice cooker as well! I love using my rice cooker to cook bacon. It cooks perfectly every time and there’s no need for me to watch over it or flip the pieces around.

Baked Grits Casserole Recipe: Preheat oven to 350 degrees F (175 C). Cook grits according to package directions. If you’re using slow cooking grits, this should take about 25 minutes; if you’re using quick-cooking grits, it will only be about five minutes!

While the grits are cooking, cook your bacon in the rice cooker (see recipe above). Drain the excess grease and set it aside to drain on paper towels. When the bacon is cool enough to handle, crumble it and set it aside.

In a mixing bowl whisk together eggs until smooth; add milk, cheese, salt, and pepper. Mix well then stir in cooked grits with crumbled bacon bits. Pour mixture into an oven-safe baking dish (I use my rice cooker pot) that has been sprayed with cooking spray. You can use a square or round dish, whatever’s easier for you to bake with!

Bake in the oven until golden brown and crispy on top – about 30 minutes depending on your oven. Serve hot from the oven and enjoy this southern treat!

To make your own version of “fried grits”, remove the cooked grits from your rice cooker and place them onto parchment paper or waxed paper on a cookie sheet that will fit in the oven.

Let the grits cool for about an hour, until they’re at room temperature.

Cut into small rectangles and then coat them with a beaten egg white. Dip the top side of your grits rectangles into bread crumbs, pressing down to make sure they stick (the wetness from the whites will help this process) then bake in the oven at 400 degrees until golden brown on top – about ten minutes or so depending on how hot your oven gets.

Some Interesting FAQs about Grits

When did people start eating grits?

Grits were first eaten by Native Americans in the Southern US with the earliest recorded mention being sometime in the 16th century. This makes the one of the oldest recorded foodstuffs in the US.

Grits have a very subtle flavor that is slightly sweet. When they are cooked in water or milk, they become creamy and soft in texture making them great for breakfast!

How long does it take to make slow cooking grits vs quick-cooking ones?

Who invented the rice cooker?

The first rice cooker was developed in Japan by Yoshisuke Aihara, a Japanese inventor who worked for Nissin Foods.

How long do you soak quick-cooking grits before making them into polenta?

You do not need to soak quick-cooking grits before making them into polenta.

Hopefully, you have enjoyed this quick guide and now you feel ready to start exploring some new uses for your rice cooker. If you want to take things even further then why not check out my other great rice cooker tips such as how to cook lentils in a rice cooker, or find out what’s the best rice cooker for sushi. Whatever you want to use it for, be sure to secure the best deal and remember to look after your cooker with my great cleaning tips and, above all, have fun!